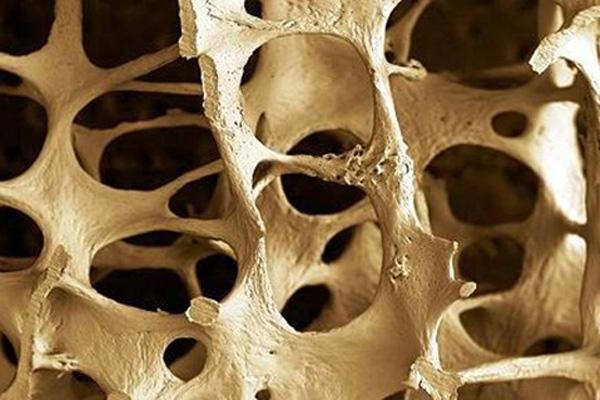 ADHD medications have some additional undesirable side effects, bone loss

It appears, from a recent study, that whole classes of ADHD medications can result in bone loss to a level of concern. As most of you are aware your primary time to build bone is in the childhood years. These are the exact years that most patients take ADHD medication.

With the increasing number of people taking ADHD medications we should be more vigilant with trying the numerous other options, before medications. There are many long term well done studies showing that attention deficit and hyperactivity can often times be a result of many factors ranging from food allergies to environmental sensitivities, not a lack of medication….

Unfortunately to determine the cause takes far more than a quick few minutes  of examination and a blood test.

Most of the blood tests used are looking for the major issues that statistically are not that common and don’t lead to resolution or fixing the underlying issue.

When you address the question of what’s going haywire it takes looking deeper into the chemistry of the body and mind. We can evaluate the neurochemicals of your brain with specific urine and blood analysis.

Checking the chemistry with functional tests, such as  your amino acids and/or organic acids coupled with checking for toxic metals can potentially move one forward, with more knowledge of the real cause.  Often times our experience has given us a clear path to follow, without the use of medications.

In depth evaluation of brain function, using both SPECT (A fancy CT scanner) and FMR (magnetic imaging scanner)  both high tech expensive scans, can yield lots of  great information especially if trauma is involved and occasionally gives us information regarding other underlying disorders.

We would be remiss if we did not also include the evaluation of your brain function via computerized cognitive tests. These are accurate means of getting insight into the functionality of your brain by playing a game like set of tests.

And let’s not forget the most important starting point, an in depth history of all the aspects of your lifestyle, which can reveal the cause.

Time to function better with less risk ? We spend the time necessary to get to the root cause, not just treat the symptoms.

Children and adolescents who take medication for attention-deficit hyperactivity disorder (ADHD) show decreased bone density, according to a large cross-sectional study presented today at the 2016 Annual Meeting of the American Academy of Orthopaedic Surgeons (AAOS).

“This is an important step in understanding a medication class, that is used with increasing frequency, and its effect on children who are at a critical time for building their bones,” said senior study author Jessica Rivera, MD, an orthopaedic surgeon with the U.S. Army Institute of Surgical Research.

ADHD is a common neurobehavioral condition often diagnosed in childhood. The U.S. Centers for Disease Control and Prevention (CDC) estimate 6.4 million children were diagnosed with ADHD through 2011. In addition, the CDC says that parents reported 3.5 million children and teenagers taking medications to treat ADHD, a 28 percent increase from 2007–2011.

Dr. Rivera added that a definite link has not been established between osteopenia in childhood and osteoporosis later in life, which increases the risk of brittle and porous bones, and ultimately, fracture risk. However, low-bone density in children theoretically could have long-term implications and lead to poor bone health in adulthood because childhood and adolescence is when growing bones accrue mass and strength.

Medications used by patients in the study were: methylphenidate (Ritalin), dexmethylphenidate (Focalin), dextroamphetamine (Dexedrine), atomoxetine (Strattera) and lisdexamfetamine (Vyvanse). These medications can cause gastrointestinal problems such as decreased appetite and stomach upset, which may result in poor nutrition and reduced calcium intake. The drugs also may diminish bone density because they alter the sympathetic nervous system, which plays an important role in bone remodeling, or regeneration.

Dr. Rivera said that because most skeletal growth occurs by ages 18-20, physicians should realize the potential threat that ADHD medications pose to maturing bones and consider nutritional counseling and other preventative measures.