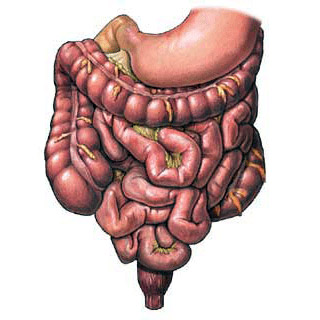 Your guts make a major difference in your social skills

In another study of gut bacteria the results are clear. You do control your behavior based on gut contents. This study is all about mice and how they were able to change their behaviors based on the specific species of bacteria present.

The findings apply to humans, specifically those with Autism. In doing hundreds of bowel evaluations the commonality of an imbalanced group of bacteria is almost 100 % consistent, with our autism patients.

Interestingly and corresponding to current findings in the work on the microbiome, (gut contents)  we also find that those imbalances are fed and continue until a change in diet takes place.

The old statement of: “You are what you eat” is so true……

The key take away from the study is the direct relationship between certain lactobacillus and oxytocin. This natural hormone is essential for socialization. Proper amounts make you much more inclined to interact with others and make for deeper social connections.

WIKIMEDIA, RAMA
The offspring of certain mice fed a high-fat diethave altered gut microbiomes and may be prone to autism-like behaviors including social deficits, according to a study published today (June 16) in Cell. But treating these offspring with a specific microbial species they lack can rectify the animals’ social behavior.“There’s growing evidence that the microbiome, particularly early in life, can have long-term effects on brain development and behavior,” said anatomist and neuroscientist John Cryan of University College Cork in Ireland who was not involved in the study. “What this paper does is take advantage of the fact that we get our microbiome from our mums, and looks at what happens if the mum disturbs her microbiome during pregnancy.”

According to the US Centers for Disease Control and Prevention, one in 68 U.S. children have autism spectrum disorder (ASD). Recent evidence suggests that the risk of ASD is increased for the offspring of mothers with obesity. In both humans and non-human primates, the offspring of obese mothers have also been shown to have abnormal microbiomes. And some people with ASD have imbalanced gut microbes, or dysbiosis. Baylor College of Medicine’s Mauro Costa-Mattioli and colleagues sought to better understand how maternal obesity, the microbiome, and ASD are interconnected.

The team turned to mice for answers. The researchers gave female animals high-fat diets before setting up matings, later finding that a “large proportion” of the offspring exhibited ASD-like behaviors, including reduced social interaction, repetitive behaviors, and anxiety. The team analyzed the microbiomes of these offspring, finding that they differed from those of control animals.

To confirm that the microbes rather than co-housing were responsible for restoring social function, the team performed fecal transplants. Mice born and maintained in a sterile environment have similar social deficits to those of the MHFD-mice. Fecal transplants from control mice—but not from MHFD mice—could restore sociability to these germ-free mice, the team showed.

A closer inspection of the microbiomes of the MHFD animals revealed that the most markedly diminished bacterial species was Lactobacillus reuteri, which, coincidentally, had been shown to boost levels of oxytocin—a hormone involved in social bonding—in an earlier mouse study. Remarkably, when the team gave the MHFD mice this single species of bacteria—via their drinking water—the animals’ social deficits once again disappeared. Neither coprophagia nor L. reuteri treatment corrected the anxiety or repetitive behaviors of the mice, however.

There were fewer oxytocin-expressing neurons in the brains of the MHFD mice, the team showed, and the activity of the reward circuitry during social interactions was impaired. Both of these neural abnormalities were also reversed by L. reuteri treatment or by oxytocin administration.

“The direct testing of specific bacteria for their behavioral benefits provides proof of concept for the potential of probiotic treatments for social disorders,” Caltech’s Sarkis Mazmanian, who was not involved in the work, wrote in an email to The Scientist. However, “much more work needs to be done before this perspective can be tested in humans, let alone validated,” he added.

It will be important to determine the mechanisms by which these various microbes affect brain function and behavior, said Cryan. Nonetheless, he added, together these studies show the importance of the gut-brain connection. “We spend so long trying to kill bacteria, but what we really need to appreciate now is that, to have a healthy brain and brain development, we need to keep an eye on our bacteria, especially during pregnancy and early life.”