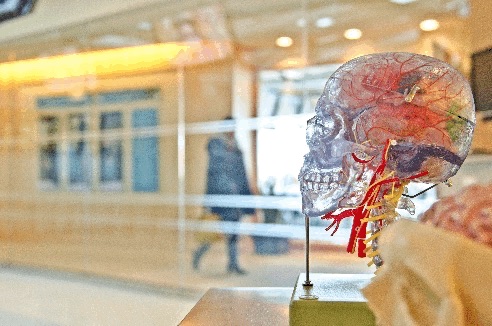 There was a  theory that the autistic brain has inconsistently working neurons. Basically, a group in a New York university evaluated a group (20) of autistic children, using electrical assessments, touch not fMRI, to assess if the same input of visual, sound or touch had the same effects every time.

Some time ago there was/is a theory that those with autism had inconsistent brain activity in terms of how they responded to sensory input. For those who see these folks that seemed unlikely as the consistency is one of the hall marks of their behaviors. Not a 100% percent of the time but certainly for many  an amazing consistency which would be considered obsessive when assessing.

The outcome of this study confirms that the neural circuits are present and working consistently. The problem is in the connections, chemistry, and translations in the brain.

With the use of combination therapy, behavioral with an emphasis on Applied Behavioural Analysis (ABA), along with the biomedical assessments and treatments the existing connections can be significantly improved, in most individuals.

Time to make some changes in how your family members are functioning ?  Want to address the problem directly and with scientifically validated methods ?

A new study in the journal Cerebral Cortex challenges the hypothesis that nerve cells in the brains of individuals with autism spectrum disorders do not reliably and consistently respond to external stimuli.

“Our findings show there is no measurable variation in how individuals with autism respond to repeated visual and tactile stimuli,” said John Foxe, PhD, the chair of the University of Rochester Medical Center Department of Neuroscience and senior author of the study. “Consequently, the concept that the symptoms of Autism may arise from unreliable brain activity in response to the senses is in all likelihood a scientific cul–de–sac.”

The neuronal unreliability theory, which has gained traction in recent years in the wake of a study published in 2012, is based on the assumption that the brain’s response to repetitive stimuli – visual, audio, or touch – should be steady and consistent. According to this theory, the brain’s response is not constant in individuals with autism and, consequently, alters their perception of the physical environment and impairs cognitive and social development.

The theory did not ring true with Foxe and his colleagues, based on their decades of studying the brain activity of children with autism spectrum disorders. Furthermore, the original studies that formed the basis for this hypothesis involved functional MRI experiments which measure changes in the blood oxygen levels in the brain. While fluctuations in blood flow are important indicators of brain activity, these measures do not precisely correlate to the more rapid electrical activity that occurs in the brain when nerve cells are stimulated.

The new study involved 20 individuals diagnosed with autism and 20 individuals who served as healthy controls. The participants were fitted with a dense array of electrodes on the surface of their scalp to record brain electrical activity and were then exposed to repeated visual stimuli. No matter how the researchers measured the variability of the responses, brain responses in autism were as stable as those of the controls. To make sure that this wasn’t just the case in the visual system, the team also evaluated tactile inputs – repeated touches to the wrists of participants – and, once again, measures of brainwave responses provided no evidence whatsoever of increased response variability in the individuals with autism.

“The point of this study is not to make the case that there aren’t any differences in the way that people with an autism spectrum disorders process touch, sight or sound; research shows clear differences in some cases,” said Sophie Molholm, PhD, an associate professor of Pediatrics and Neuroscience at the Albert Einstein College of Medicine and co–author of the study. “Rather, it is to say that whatever those differences may be, they likely don’t simply arise because the brain responses in autism are more variable.”

The authors contend that, while the study essentially demonstrates negative findings, it represents an important contribution in the field of autism where much of our understanding of the disease is – to the frustration of patients, families, research, and caregivers alike – long on theory and conjecture but short on solid scientific fact.