Endocrine Disruptors Cost us Billions…..time for a change 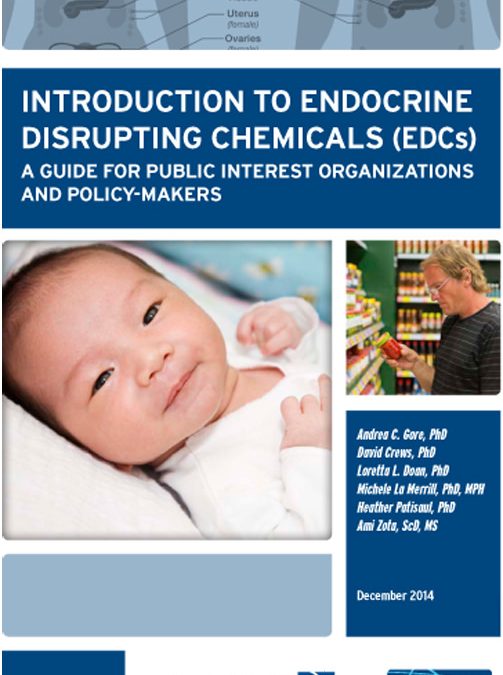 Endocrine disruptors not only cost your health, but also your wallet

A European study has found that the cost of being exposed to endocrine disruptors, common chemicals we all encounter are significant to the tune of $183 million for fibroids and $1.4 billion for endometriosis.  For all the conversation about elimination of products known as endocrine disruptors, such as BPA, we didn’t appreciate the real cost and the EPA has responded that they are reviewing the information and then will decide if action is warranted. Although this is not a study where one can absolutely draw a conclusion however, it’s clear that there is a need for less exposure and a change in how we view toxins in our environment. More disturbing is the industry trend to use substitutes for the most obvious disruptors. When a product tells you it’s BPA free it’s necessary to ask if they are now using BPF or BPS. These products may in fact be worse.

There is an increasing number of women suffering from the two issues addressed in this study, endometriosis and fibroids. Both problems are significant as they cause pain, infertility and a host of other health concerns. Endometriosis affect ~11% of American women and fibroids are found in ~ 171 million women worldwide.  In the United States, uterine fibroids are a common reason for surgical removal of the uterus.

The main endocrine disruptors can be found in common products such as the lining of cans, the receipts from the store or travel tickets, your furniture, water, clothing, food, cosmetics and a host of common articles. There are easy to implement approaches that will minimize your exposures.

Our most common disruptors typically fall into the following categories….

A good overview of the top twelve sources of endocrine disruptors can be found at the EWG website.

It’s not unusual to find that when a patient “cleans” up their environment their health follows suit. There are so many symptoms that can be caused by these chemicals that it makes sense to reduce your exposures as soon as possible. Consider your children as they are most at risk and come in contract typically with more of these endocrine disruptor chemicals than adults.

Endocrine-disrupting chemicals could be costing the European Union up to €1.5 billion ($1.6 billion) a year because of female reproductive health problems, a new report estimated.

Researchers looked at two conditions that they said had the most robust data: uterine fibroids associated with diphenyldichloroethene (DDE) exposure and endometriosis with phthalates. But the epidemiological evidence supporting causality was weak, they admitted, although the toxicological evidence was moderate.

Led by Patricia Hunt, PhD, at Washington State University, the researchers estimated a probability of 20%-39% that these health effects are actually caused by the chemical exposure. Their report was published on Tuesday in the Journal of Clinical Endocrinology & Metabolism.

Assuming a causal relationship, the number of cases of fibroids and endometriosis due to the endocrine-disrupting chemicals (EDCs) in Europe was estimated to be 56,700 and 145,000, respectively, leading to combined healthcare and economic costs of €163 million ($183 million) for fibroids and €1.25 billion ($1.4 billion) for endometriosis.

Linda Birnbaum, PhD, director of the U.S. National Institute of Environmental Health Sciences, said in an interview that the study was important because the costs of EDC are rarely quantified. “It’s very important that we get an economic estimation of what the costs might be,” said Birnbaum, who was not associated with the study.

She added that other chemicals that are likely adding to reproductive problems, and that evidence from animal studies, cell culture studies, and indirect human studies altogether form a “package” that shows the harmful effects of chemicals.

And in an email, corresponding author Leonardo Trasande, MD, at New York University School of Medicine, wrote, “While more research is needed, these findings add to concerns that endocrine disruptors contribute to a broad array of conditions across the lifespan, including neurodevelopmental effects, obesity and diabetes, and male reproductive conditions.” An earlier study by Trasande found that EDCs overall were costing Europe $200 billion annually.

He said the researchers have been focusing on Europe “in the context of ongoing decision-making regarding criteria to be set for identifying endocrine-disrupting chemicals.”

The authors added that the public health costs should be considered by the EU as they think about forming guidelines and possibly regulatory action for EDCs. A representative of the U.S. Environmental Protection Agency told MedPage Today that the agency couldn’t comment on the specifics of the report, but it does have a program set up to review evidence on EDCs and to take action if necessary.

Hunt and colleagues also considered looking at other chemicals — dioxins and polychlorinated biphenyls (PCBs), among others — but decided to focus on only the two with the most research behind them. Data on the health and economic costs of fibroids and endometriosis were drawn from numerous European cohort studies, and estimates were adjusted to reflect 2010 prices.

Exposure to DDE in women ages 15-54 in 2010 was measured in 12 studies by taking a sample of cord blood. The authors separated the women into how much they had been exposed to DDE and used the lowest group as the base; they then took the odds ratio of getting fibroids for the groups.

The process for phthalate-attributable endometriosis was similar, but the authors relied on one large biomonitoring study, DEMOCOPHES, and only women ages 20-44 were included.

Trasande told MedPage Today that exposures in the U.S. are similar to those in Europe, and so any costs “are likely to be equal if not greater.”

The study had several limitations: it focused on adult EDC exposure only; it relies on assumption of causation; and it focuses only on two reproductive disorders and two EDCs.

“It is important to recognize that the cost burdens calculated in this analysis do not represent all, or even most, of the reproductive costs associated with human female exposure,” the authors wrote.

They added that despite the complexities of the research, their estimation is conservative and could represent only the “tip of the iceberg” when it comes to reproductive-related healthcare costs and EDCs. “Longer-term research is needed especially to identify effects of fetal exposure, recognizing that it is difficult to study diseases that take 30-40 years to manifest,” wrote Trasande in an email.

The study was funded by the Endocrine Society, the John Merck Fund, the Broad Reach Foundation, and the Oak Foundation.

The authors disclosed no relationships with industry.