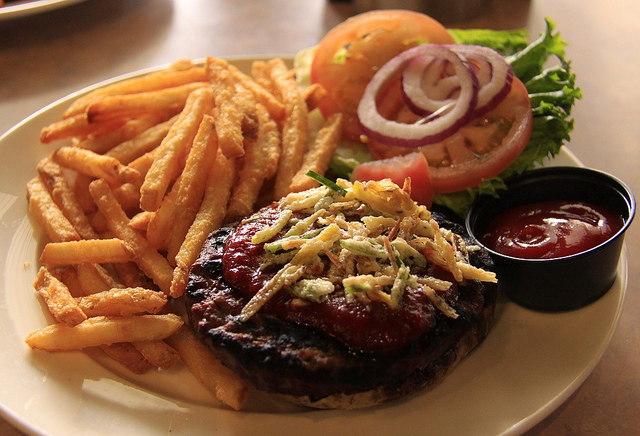 Fast food eaters may be exposed to dangerous, highly toxic chemicals called phthalates, according to a new study. This class of industrial chemicals, although present everywhere but more commonly associated with food packaging materials in this case, has now been linked to regular fast food consumption habits in people.

The study, published recently in the journal Environment Health Perspectives, was the first such study to examine fast food consumption in relation to these deadly toxins. Findings of the study revealed that phthalate levels in the human body were directly linked with fast food consumption, suggesting that people who consumed fast food during their last 24 hours were highly likely to carry a large amount of these chemicals in their bodies compared to those who did not.

Researchers concluded that these elevated levels were directly linked to food contamination caused by phthalates commonly found in food packaging material and food processing equipment. They backed their conclusions by citing previous studies that had confirmed the leaching properties of these chemicals.

“People who ate more fast food had phthalate levels that were as much as 40 percent higher. Our findings raise concerns because phthalates have been linked to a number of serious health problems in children and adults.”

Fast food has increasingly become a significant aspect of people’s daily lifestyle. Fast food restaurant numbers in the United States alone have soared from nearly 30,000 in the ’70s to well over 200,000 in recent times. These figures suggest that more and more adults as well as children may be increasingly susceptible to the growing hazards of chemical-related food contamination.Phthalates, sometimes called plasticizers, are ubiquitous across a broad array of consumer products including personal care items, electronics, detergents, insecticides, furniture, plastic containers, and a large number of household and baby care products. According to University of Washington researcher Sheela Sathyanarayana who authored another study linking these chemicals with baby care products, children are more likely to be exposed to these toxins than anyone else.

“Children are uniquely vulnerable to phthalate exposures given their hand-to-mouth behaviours, floor play, and developing nervous and reproductive systems,”

Two types of phthalates were investigated during the course of the study. DEHP or di 2-ethylhexl phthalate, a commonly used type of phthalate that is found in vinyl products and some plastics, and DINP or diisononyl phthalate, another type found in vinyl flooring as well as children’s toys and garden equipment. According to the U.S. National Toxicology Program, DEHP has previously caused liver cancer in laboratory animals and is considered a potentially cancer-causing agent in humans. It has also concluded that elevated levels of DINP may adversely affect human reproduction or development.

Some animal studies have disclosed that DEHP causes liver tumors and fertility problems in mice, and the likelihood of these tumors increases with repeated exposure to the toxin. Previously, researchers conducting a study of phthalate exposure and breast cancer among women reported that certain types of phthalates are directly associated with twice the risk of breast cancer.

Authors of the current study also noted that fast food items specifically related to meat and grain products were far more likely to be exposed to toxic, cancer-causing, phthalate-related contamination than others.