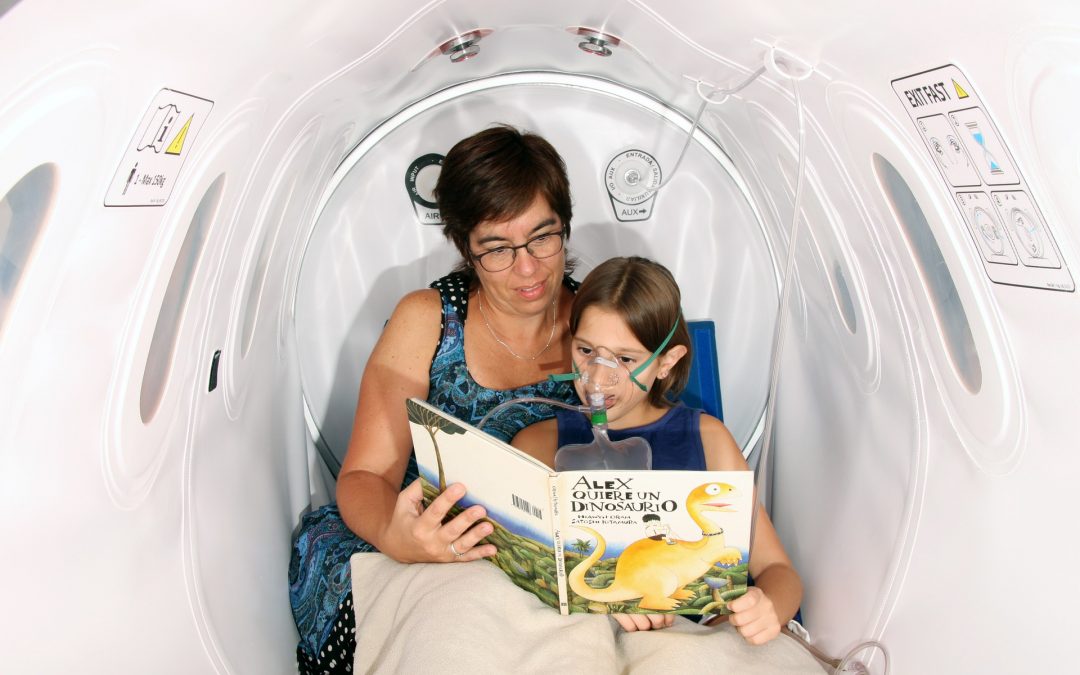 Traumatic brain injuries (TBI’s) happen any time that your shake up your brain. The impact does’t need to even come close to making you lose consciousness to be harmful. Good thing we have a hard skull, but it’s not enough.

The good news : Theres been an ongoing effort to make certain that the use of hyperbaric oxygen therapy (HBOT) is being explored on multiple fronts, why…… because HBOT is showing consistent promise in reversing the brain damage from concussions.

No your insurance will not cover this therapy, even though the first reported treatments go way back to 1937. They do cover HBOT therapy for a few indications which are: 15 “approved by the CMS (Medicare) applications“. It’s a political game ($) even though HBOT is a documented therapeutic strategy, with a high degree of success and scientific publications.

Think back to your childhood and the many times that you hit your head. Or how often your child fell and had a head bonk. Common occurrences and unless you have obvious symptoms, most people never think twice about this injury. However, even minor concussions (TBI’s) can have major and potentially lifelong effects.

There has been a tsunami of findings linking head traumas to dementia later in life. Let’s also look at the findings regarding some common sports activities. Ever wonder how common concussions are in a sport and which is the highest by far. It’s rugby …..

The military has opened the science by providing great studies and treatments for those who have suffered a concussion from an IED (improvised explosive device), along with those suffering from PTSD. The rate of recovery has been one of the brightest areas documenting the usefulness of oxygen therapy .

In the Israeli military the use of HBOT therapy since 2015 is considered a standard of care, for their service people for both TBI and explosive blast exposures. (see article at the end of this blog)

In this blog I want to ask you to take the time to see this video of an ex-SEAL who tells his personal story, succinctly. At ASDExpert we want you to know that we extend a discount to service members to make certain they can indeed get the help they deserve.

The HBOT story is one part of the play as the findings regarding the use of a natural medication, known as NAC short for N-acetylcysteine, is also very newsworthy.

Wear a helmet……. this should be a duhhhh

Be careful and keep in mind if and when you do fall , crumple and protect your head.

Know where you can access a HBOT chamber and remember the hospitals only will use HBOT for the 15 disorders on the list and…. concussions are not on the list currently.

Consider the immediate use of NAC, also known as N-acetylcysteine . This is a natural and safe supplement shown to help minimize or even ameliorate the damage dramatically. You can get some at almost all health and food stores. Yes there are differences in the quality between the brands. (See our article on supplements for more info on picking better quality supplements.)

There has been no major advancement in a quarter of a century for the treatment of acute severe traumatic brain injury (TBI). This review summarizes 40 years of clinical and pre-clinical research on the treatment of acute TBI with hyperbaric oxygen therapy (HBO2) in the context of an impending National Institute of Neurologic Disorders and Stroke–funded, multi-center, randomized, adaptive Phase II clinical trial —the Hyperbaric Oxygen Brain Injury Treatment (HOBIT) trial. Thirty studies (eight clinical and 22 pre-clinical) that administered HBO2 within 30 days of a TBI were identified from PubMed searches.

Of the eight clinical studies reviewed, four were based on the senior author’s (GR) investigation of HBO2 as a treatment for acute severe TBI. These studies provided evidence that HBO2 significantly improves physiologic measures without causing cerebral or pulmonary toxicity and can potentially improve clinical outcome.

These results were consistent across the other four reviewed clinical studies, thus providing preliminary clinical data supporting the HOBIT trial. This comprehensive review demonstrates that HBO2 has the potential to be the first significant treatment in the acute phase of severe TBI.

Treatment of Military Concussion in Israel by Dr. Carol Henricks

Hyperbaric Oxygen Therapy ( HBOT ) is the standard of care treatment for traumatic brain injury ( TBI ) / military blast injury in Israel. The citizens and the military in Israel have been exposed to blast after blast explosion throughout their history, and they recognize the nature and effects of that blast exposure. Their standard of care treatment is a combination of biological intervention (HBOT and nutrients) and interdisciplinary rehabilitation including cognitive therapy with individuals, groups, peer groups and computer labs. They conclude that the combination of therapies is the most cost and time effective way for bringing the patients back to their normal lives.

I have been corresponding with Dr. Shai Efrati who is the Director of The Sagol Center for Hyperbaric Medicine and Research. His center treats 120 patients a day. Initial screening includes a Brain SPECT scan and Brain perfusion MRI with DTI as well as neurological and neurocognitive evaluation. Patients with concussion have a 3 month treatment protocol. Their treatment protocol includes 60 daily sessions of hyperbaric oxygen done 5 days a week. In fact American military veterans are traveling to Israel for treatment.

Daniel Rona who has fought with the Israeli Defense Force (IDF) as well as the US military states that in Israel “In essence, our mental attitude is that we must take care of ourselves and through that process little Israel has become a blessing for the rest of the world…we treasure our soldiers, young and old. They are our only defenders….no one else will fight our battles. You can imagine that every concussive event will be treated with HBOT !” Chambers can operate around the clock, except on the Sabbath, as needed. Ofer Levy states that “the policy of the IDF is that life has the highest value and they are committed to use any treatment, in any case, to save a life”.