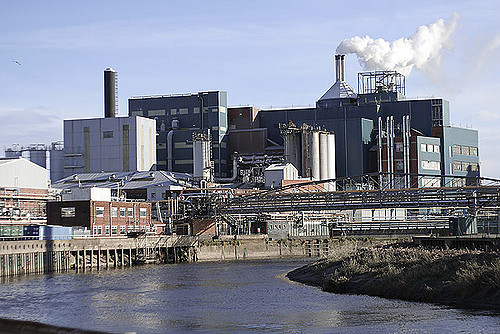 Autism has now been associated more convincingly by a study published in the journal, Environmental Health Perspective,  with  a chemical called, polychlorinated biphenyls (PCBs). The chemical was used in a host of products from power transformers to paints to plastics. Of the 2 tons manufactured about 10%  remain in our environment after being banned in the late 1970’s. We continue to ingest PCBs in our food and water and it’s commonly found in blood studies, especially of pregnant women as that’s were we look due to easy sample availability.

We still have not gotten the 411 that preventive approaches, known worldwide as the precautionary principle should be our mode of operation. Instead, the newest Toxic Substances Control Act (TSCA) of 2016,  finally updating the previous 1976 Toxic Substances Control Act continues to favor the chemical industry and although it gives some additional tooth to the EPA it falls short as it continues the current approach of wait and slowly begins conducting tests on ~64,000 chemicals,  The EPA will examine approximately 20 chemicals at a time, with a deadline of seven years per chemical.

One of the worst issues is that the legislation allows the agency’s regulations to pre-empt stronger state-level rules. So the tooth of a state that wants to protect its citizens is now overridden by the feds.

The key here is that many times the restrictions and bans of chemicals came about by the vigorous state statutes, such as Proposition 65 and others that lead to national adaptation. No longer will that be the impetus for change.

The takeaway:  The price or our approach is just too high to impede a number of generations with disabilities from our failed approach.

This is a perfect example of why we need to be proactive and change our attitude even though the political and fiscal groups oppose the real legislation to change our approach 180 degrees.

I believe that the precautionary approach not only makes common sense but is well founded in science. Most of the world agrees. Let us help you to de-toxify your home and environment and achieve better health. Latent link: Few large studies have looked at the link between polychlorinated biphenyls and autism.

High levels of toxic chemicals called polychlorinated biphenyls (PCBs) in a pregnant woman’s blood raise the risk of autism in her child, suggests a new study1.

Once widely used in electrical appliances, PCBs were banned in the United States in the late 1970s. But PCBs degrade slowly, so they remain in the environment. People can ingest them through certain foods, such as meat and dairy products. The chemicals often show up in blood and breast milk.

Previous studies have tied PCB exposure, especially in utero, to lower scores on cognitive tests and problems with attention and impulse control in children2. A few small studies have also hinted at a role for the chemicals in autism risk3,4. But the idea of a connection between PCBs and autism has been tentative and based on relatively scant evidence.

The new study looked at circulating PCBs in 1,144 pregnant women. “So far, this is the largest study looking at prenatal levels of these chemicals and associations with autism,” says lead researcher Kristen Lyall, assistant professor at the A.J. Drexel Autism Institute in Philadelphia. The work appeared 23 August in Environmental Health Perspectives. The researchers found that high levels of certain PCBs in a pregnant woman’s bloodstream are associated with increased risk of autism or intellectual disability in her child.

The new study provides the best supporting evidence for a PCB-autism link to date, says Amy Kalkbrenner, assistant professor of environmental health sciences at the University of Wisconsin-Milwaukee, who was not involved in the study. The study’s strengths, she says, include not just its size but also its use of blood samples taken from pregnant women. The researchers also looked at children with confirmed autism diagnoses rather than tracking autism-related characteristics.

“For the first time, they were really able to put the whole picture together,” says Kalkbrenner.

The new work is part of the Early Markers for Autism Study — an effort to identify factors during pregnancy and infancy that may indicate or influence autism risk.

Lyall and her colleagues used records from the California Department of Developmental Services to identify 545 children with autism diagnoses and 181 children diagnosed with intellectual disability. They also looked at records for 418 typically developing children.

The researchers analyzed blood samples from the children’s mothers for 11 different PCBs and two organochlorine pesticides. The blood had been collected during the women’s second trimester of pregnancy as part of a birth defects screening program.

The team then divided the women into four groups based on the levels of these chemicals in their blood. They found that women with the highest blood levels of any of four PCBs have a higher risk of having a child with autism than do those with the lowest levels. The increase in risk ranges from 1.5- to 1.8-fold, depending on the specific PCB. They saw a similar risk increase for intellectual disability for a different set of four PCBs, though these numbers are less solid because fewer children with intellectual disability were in the study.

Two of the most commonly found PCBs in the environment, PCB138/158 and PCB153, are associated with both autism and intellectual disability, the researchers found.

“Several of these PCBs could have adverse effects broadly on brain development,” says Heather Volk, assistant professor of mental health at Johns Hopkins University in Baltimore, who was not involved with the study.

The researchers also linked intellectual disability, but not autism, to maternal blood levels of an organochlorine pesticide called p,p’-DDE.

How PCBs might raise the risk of autism or intellectual disability is unclear. The chemicals have effects on various processes, including neuronal and immune system development, thyroid function and chemical tags that influence gene activity. They are also endocrine disrupters, a broad class of chemicals that affect sex hormones.

“The endocrine disrupter link is definitely interesting in the context of autism when we think about the gender difference in autism prevalence across boys and girls,” Volk says. Chemicals that act differently in boys and girls could help explain the preponderance of autism in boys, she says.

Any link between PCBs and autism may have little practical value, however, says Mark Zylka, professor of cell biology and physiology at the University of North Carolina at Chapel Hill, who was not involved in the work. “They’ve been banned for decades now in many cases, and so these are risks that we can’t avoid,” Zylka says. “I’d like to see more studies like this but with other chemicals that are more current potential risks.”

Lyall says the team is investigating how mothers’ genetic features interact with chemical exposures to affect autism risk in their children. They are also planning to examine the blood samples to determine how simultaneous contact with various chemicals influences autism risk. In the current study, “we’re only looking at one class of chemicals at a time, and we know that that’s not the way we live in this world,” she says. “We’re exposed to many different things.”