Recognition of a face and changes to your brain 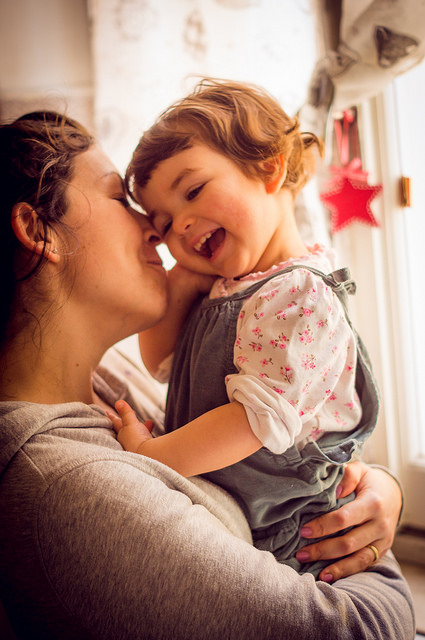 Recognize a face and your brains changes

Ever consider how you look when you’re happy, sad or angry ? Now reflect the facial expression to your child and guess what…..they get it and their brains remodel accordingly.

New research has documented that unlike other areas of a child brain the fine tuning to “get” expressions is an ongoing task. Now take a moment to consider the task of “facially reading” someone.

When you start to realize that the face of your parents is so different from that of your child’s siblings. Yet we exhibit a fairly consistent change in our facial structures, with many of our expressions. Can you imagine the amount of brainpower to make the distinctions especially as your social circle increases ?

Typically as the brain ages we prune (lose) some of the connections. Think of the brain as a soup bowel of neurons  and connections (spaghetti) that are a bit disorganized, initially. Over time the brain eliminates duplicates and areas that need some pruning…the actual term used in neurology.

As technology increases our ability to see what’s happening in the brain, new findings are almost in constant flux. By using two of these advanced imaging techniques, fMRI and qMRI, the researchers were able to see differences how and where some of the brain development takes place.

One of the interesting areas that we evaluate and see not working well with many Autistic youngsters is their ability to read expressions. If you’re finding yourself or a family member experiencing some of the side effects, of missing the facial cues….. try an experiment.

Yawn….the typical adult will also yawn after you. This is not the case with those who miss the obvious expression. Not a 100% test, but fairly significantly positive often times.

A really helpful tool for those needing the facial input is a program known as  “Mind Reading” which is a visual expressions of emotions. Of course we should bring up the concept of brain responses to happy expressions that have been clearly identified chemically.

Did you know that the average person can tell the difference between smiles. Whats between a real vs a faked smile. Next time you’re in a store that demands that everyone smile, check em out. Look carefully at the eyes as well as the obvious jaw area. Want to dig in on this info ? Go to a fascinating site / organization run by Vanessa Van Edwards.  The Science of People, takes a scientific dive into the business side of our physical and emotional presence.

Let’s circle back to your child. If they are going to be successful you know how important it is to pick up on other’s cues. We are all “selling” or presenting ourselves daily, be that in personal or business interaction. Why not maximize the understanding and give your child a jump start.  Happier people produce a different cocktail of neurochemicals…smile at your family often and give them a free boost.

Brain structure and function mature together

Our ability to recognize faces improves from infancy to adulthood. This improvement depends on specific face-selective regions in the visual system. Gomez et al. tested face memory and place recognition in children and adults while scanning relevant brain regions. Anatomical changes co-occurred with functional changes in the brain. Some regions in the high-level visual cortex showed profound developmental maturation, whereas others were stable. Thus, improvements in face recognition involve an interplay between structural and functional changes in the brain.

How does cortical tissue change as brain function and behavior improve from childhood to adulthood? By combining quantitative and functional magnetic resonance imaging in children and adults, we find differential development of high-level visual areas that are involved in face and place recognition. Development of face-selective regions, but not place-selective regions, is dominated by microstructural proliferation. This tissue development is correlated with specific increases in functional selectivity to faces, as well as improvements in face recognition, and ultimately leads to differentiated tissue properties between face- and place-selective regions in adulthood, which we validate with postmortem cytoarchitectonic measurements. These data suggest a new model by which emergent brain function and behavior result from cortical tissue proliferation rather than from pruning exclusively.

The prevailing view is that brain development is associated with massive pruning of synapses, but a new study suggests that certain parts of the brain – specifically the area linked to facial recognition – actually continues to develop.

People’s ability to recognize faces gets better from childhood into adulthood, and Stanford scientists wanted to better understand the brain activity behind facial recognition.

To do so they scanned 22 children, ages 5 to 12 years, and 25 adults, ages 22 to 28 years, using functional MRI and quantitative MRI (qMRI).  They performed recognition tests of both places and faces, and found, interestingly, that certain tissues in the area of facial recognition grow with development, but not in the region for places.

The face selective regions in the brain are located in an area called the fusiform gyrus, and within this region researchers found changes in the gray matter tissue properties from childhood to adulthood.

“Our data show a 12.6 percent increase in the macromolecular tissue fraction from childhood to adulthood,” senior study author Kalanit Grill-Spector, professor of psychology at Stanford told Bioscience Technology. “What that means is that while the size of the fusiform gyrus does not increase from childhood to adulthood, the composition of the tissue of the fusiform gyrus changes.”

She explained that comparisons between qMRI measurements to histological measurements of postmortem adult brain slices show that what is increasing in the tissues is the supporting structures of the cell bodies, not the number of cells.

“This may involve increases in dendritic arbor sizes, number of synapses, glia, and myelination,” Grill-Spector said.

Grill-Spector told BST that the team hypothesize that regions involved in processing faces show a protracted development compared to other high-level visual areas for the following three reasons:

The findings, published Jan. 6 in Science, show that the tissue composition of gray matter continues to develop during childhood and this development has both functional and behavioral consequences. It also showed that development across the brain is not uniform, but that different areas develop at different rates.

“We actually saw that tissue is proliferating,” Jesse Gomez, graduate student in the Grill-Spector lab and lead author of the paper said in a statement. “Many people assume a pessimistic view of brain tissue: that tissue is lost slowly as you get older. We saw the opposite – that whatever is left after pruning in infancy can be used to grow.”

Grill-Spector noted that one limitation of the study is that the in vivo qMRI measurements are at a resolution of millimeters, but the factors that affect this measurement are at the micron scale or smaller.

“While we could validate some aspects of our results in microscopic analyses of postmortem adult brain slices, it is extremely difficult to obtain postmortem brain tissue in children and of course we cannot obtain these measurements in our participants,” she said. “Therefore, future technological advancements that will enable microscopic measurement in vivo would be important.”

As for future research, the scientists hope to perform longitudinal measurements on patients over several years to investigate development within an individual, rather than a comparison across age groups as the current study did.

They also plan to examine the development of other parts of brain anatomy and function, both in face-selective regions and in adjacent, high-level visual regions, Grill-Spector said.