The new legislation for toxic chemicals, win or loss ?? 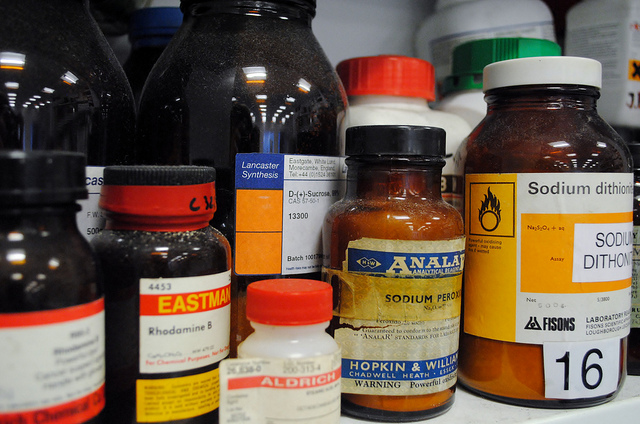 The world is awash in chemicals….well over 86,000 in the US and growing rapidly. Until today no federal laws have changed the 40 year old, 1976 Toxic Substances Control Act. It was essentially a green light on all but the most egregious polluters and grandfathered loads of chemicals into commerce that were never tested.

For context, there are many differences in opinion on what constitutes a toxin and at what level should real change take place. Until this new partially effective legislation this ongoing conversation and implementation was effectively stalled.

A number of states, notably Vermont California, Massachusetts and Washington have taken the high road and enacted much stricter and more sensible regulations for their citizen. But even with these changes the overall exposures of Americans continues to only get worse.

A recent example is the change from the previously ubiquitous chemical, BPA, now a common “bad” chemical purged from many products. The reality is that many manufacturers simply switched to using BPS or BPF, two other member of the same family of chemicals. These two were both also found to be endocrine disrupters but they can still label the products as BPA free. New research suggests that the substitutes are worse than the original problem. Are you really safer ?

On Tuesday, after the usual political chest beating the Senate has passed an update to the 1976 bill. One of the key take a ways from the bill, 181 pages of it, is that states will no longer have the ability to add to the safety of their citizens, without federal action. For prospective keep in mind that the average time for the EPA to act has been a 7 year cycle. And yes compromise is part of the systems checks and balances, but the new law stops states from action until 4 years after the EPA starts their evaluation of a chemical. Is this time frame adequate to protect you or your kids ?

If your child is being exposed for an extended period (say 4-7 years) to a product that will reduce their chance for a healthy life or impact their mental capacity (lead) how would you feel ? Yes the changes are a start in the right direction but is window dressing adequate ?

But wait there’s more. Some chemicals are not even covered. Your daily cosmetics, additives and food packaging, one of the main exposures to BPA’s, is not included in this legislation.

When you consider the addition of thousands of new chemicals, per year, and the huge backlog of unchecked products it’s almost a laughable situation. The law indicates that the EPA will be required to evaluate only 20 of the most dangerous, high risk, products with a maximum of a 7 year time frame per each chemical……hmmm thousands of previous unchecked chemicals already in the backlog and more daily. During the last 40 year ~22,000 chemicals went through evaluation. Does the math add up ?

On the other side of the coin, imagine yourself as a manufacturer of “commercial” products. You would want some degree of consistency to be able to sell your products into every state and know how to properly comply.

Let’s flip the coin and consider Prop 65, the California law that requires the Governor to publish, at least annually, a list of chemicals known to the state to cause cancer or reproductive toxicity.

The California implementation of much stricter standards for information regarding chemicals such as labeling “fire proofing agents” which literally drove the conversation nationwide and lead to the current clear labeling (TB-117) and a move towards less contamination.

In states that have been more “business friendly” in terms of chemical exposures, such as Texas and Louisiana the new legislation will change towards a more unified system. However with the new federal law it could and probably will become similar to other laws and result in more, not less, confusion and become a political football that does little to really protect consumers and more toward protecting business.

The EPA continues to be one of the most controversial agencies at times appearing to be clearly at the whim of industry consideration, over that of your health.

One thought to keep in mind is that in Europe the standards are far more strict and no less based on science than in the US. Many chemicals in our consumer goods products have been banned for decades overseas. Perhaps their alignment with the concept, prove it’s safe, before use in commerce should be our rule ? Not the reciprocal, see if anyone gets hurt, then ban.

The American Chemistry Council, representatives of the chemical industry said, “final passage of the legislation will bring chemical regulation into the 21st century … and have far-reaching benefits for America’s economy and public health,”. They also stated that the chemical bill is “not perfect,” but “meets the high goals set by the administration for meaningful reform”.

The White House said in a statement. “The legislation is likely to restore public confidence in the safety of chemicals while improving public health and environmental protections”.

I don’t know about you but really….. restoration of public confidence.

According to an Associated Press analysis, nearly 1,400 water systems nationwide reported samples above the federal lead limit. That includes more than 60 water systems in Oregon, Washington and Idaho. It takes major actions by citizens, not the government to move the ball forward and protect our kids.

As part of the 181-page bill, any state law or rule in place before April 22,2016 would not be pre-empted by the new federal law. So a thank you to those state that have worked toward a safer move health oriented prospective while waiting for the federal government to take action. Too bad this can’t continue unabated.

The new legislation “allows” states to work on some regulations while federal rules are being developed, a process that can take up to seven years. If you consider it good news the states can still enact measure for labeling and monitoring. Those states that do not regulate chemicals closely will need to follow the new federal standards.

Perhaps consumer pressure, especially via social media, which has moved both toy and furniture manufacturers toward less toxic material in their products, will really be the determinant of how and which chemicals remain in commerce.

At the Center of Health we live by the motto, less exposures are better. Why….we and the EPA have very limited knowledge of the interactions that affect us from the large chemical soup, we all experience daily. Common sense means limiting the exposures and making better choices daily. Our and our family’s health is at stake.

Want to know more about your exposures and genetic sensitivities ? Call us let’s run some tests and really find out what your exposed to and if it’s an issue.  541-773-3191