Tylenol® and asthma if taken prenatally 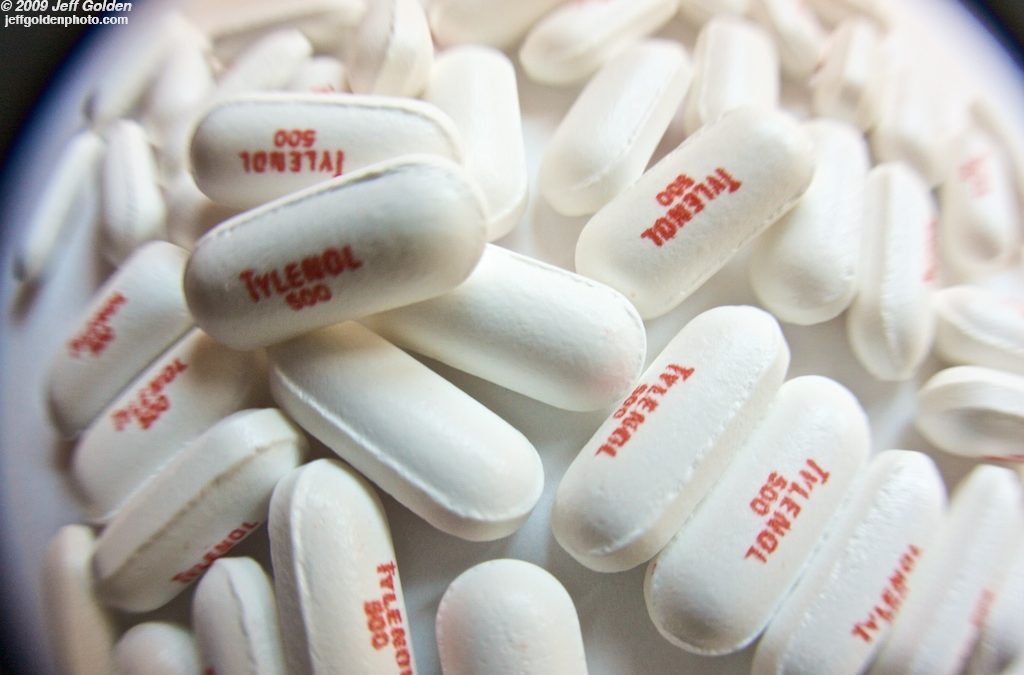 Don’t follow the typical doc line of take a tylenol®, if you’re considering a  pregnancy

If you’re even potentially considering a pregnancy rethink taking tylenol® also known as acetaminophen. For many years now we have been telling our patients not to take tylenol or any acetaminophen containing product unless no other substitute was available.

From the National Institute of Health, “Acetaminophen overdose is one of the most common poisonings worldwide. People often think that this medicine is very safe. However, it may be deadly if taken in large doses.”

Why the toxicity, because it decreases a key antioxidant called glutathione along with the increasing number of published papers discussing other potential health issues, specifically liver function concerns. What many fail to realize is that because acetaminophen is present is so many over the counter medications and prescriptions it’s fairly easy to get a whopping dose with consequences.

If you need more details, at the Hepatitis Advocate they quote the real statistics. “In fact, it (acetaminophen) is one of the leading causes of liver failure in the United States, accounting for more than 56,000 emergency room visits, 2,600 hospitalizations and an estimated 450 deaths per year.”

Many years ago pharmaceutical companies and physicians were asked to decrease the amount of acetaminophen that they put in the products and the patients due to the high number of side effect from patients going to the emergency rooms, nationwide.

Next time you’re reaching for a pain reliever consider the large selection of natural herbal products. Many have a much safer index and can be equally as effective. And if you’re told there is no science behind that statement simply hit the net, and check pubmed or any of the many medical and food/nutrition journals. There are even comparisons with the usual suspects aspirin and tylenol as well as other in the same class called NSAID’S, which stands for non-steroidal anti-inflammatants.

At the Center we use a fair amount of anti-inflammatory combination products that use curcumin in specific forms because it’s poorly absorbed without other components. We often find it to be superior to the other medications and have not had any problems with side effects. The safety index is excellent and the results are often far superior.

Researchers have provided new evidence that developing asthma can be linked to pregnant women and infants being exposed to paracetamol; by testing that the association was not simply due to the medical complaint for which the person is taking paracetamol. The findings were published in the International Journal of Epidemiology. Using data from the Norwegian Mother and Child Cohort Study, researchers in Norway and Bristol compared associations between several conditions during pregnancy (with and without the use of paracetamol) and asthma developing in the 114,500 children in the study. They examined asthma outcomes at ages three and seven and evaluated the likelihood of the association being as a result of the three most common triggers for paracetamol use in pregnancy: pain, fever, and influenza. The results showed that 5.7 per cent of the children had current asthma at age three, and 5.1 per cent had asthma at age seven. The research found a consistent link between children having asthma at age three and having been exposed to paracetamol during pregnancy. The strongest association was seen if the mother used paracetamol during pregnancy for more than one complaint with a child having asthma at three years old. Overall, the findings indicated that prenatal paracetamol exposure showed an independent association with asthma development. The association was similar whether used for influenza, fever, or pain. Although there have been previous studies on the association between paracetamol exposure and asthma development, this study had the opportunity to account for various common complaints during pregnancy, which allowed the associations to be confirmed as being linked to the paracetamol itself, and not to the condition which triggered paracetamol use itself influencing offspring asthma risk.