Why is health care a one way street for ASD patients ? 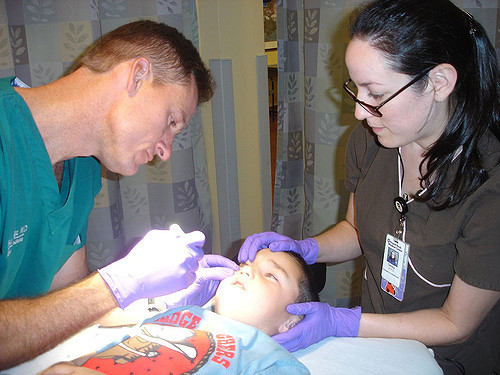 Autism patients and shared treatment decisions should be obvious

A recent publication in Academic Pediatrics laments the lack of “shared decision making (SDM)” as a “challenge” to physicians treating autism patients. REALLY ??

In reading the abstract one easily wonders if the intent is an “oh the poor pediatricians” vs their lack of conviction that indeed there are many options for ASD patients and you need to engage the care takers.

In the publications statements they refer to the lack of scientific validity of complementary medical approaches, also known as CAM. Clearly they have chosen to selectively avoid the deluge of positive and well executed published findings that continue to occur monthly and have been present for over a decade.

A good site for starting your scientific debut is at Autsim.com. The use of the biomedical approach to ASD coupled with both behavioral therapy and other therapeutics has clearly demonstrated good to excellent outcomes, regularly.

We see patients and their support team and always engage in the shared decision method of health care. Is this a revolutionary approach, not a chance. It’s good medicine, but it does have a drawback.

Time is the essential piece to the puzzle. To explain and get a mutual decision takes discussion. In medicine we are continually moving towards the least amount of time to maximize profits, not health. This is really the conundrum facing conventional pediatricians especially when coupled with a limited belief system or unwillingness to see the rest of the forest of options, for autistic patients.

Perhaps a new paradigm of understanding, recognizing that all the answers are not yet known and we collectively need to explore other avenues for this crippling disorder should be considered ?

Don’t want to wait for the conventional approach to get your son or daughter back on track ?

We maintain a healthy attitude toward using what’s best for the patient, after shared decisions. Always have and always will especially after 30+ years of experience.

Sharing Treatment Decisions in Autism May Challenge Doctors and Parents

Parents of young children diagnosed with autism spectrum disorder (ASD) may experience significant difficulties in discussing treatment options with the child’s pediatrician, according to new research. Among the barriers are problems with communication, physicians’ lack of knowledge about specific ASD treatments and community resources, and uncertainty about the pediatrician’s role in making treatment recommendations for a child with ASD.

Many parents in the study reported that they did not discuss the choice of any treatment options with their pediatricians, and others said their physicians provided only general recommendations or referrals. The study team suggests that tools such as decision aids and practice guidelines may help foster more effective communication between families and pediatricians.

“We investigated shared decision making — an interactive process in which patient families and physicians work together to arrive at a treatment plan,” said study leader Susan E. Levy, MD, MPH, a developmental and behavioral pediatrician in the Center for Autism Research and the Division of Developmental and Behavioral Pediatrics at The Children’s Hospital of Philadelphia (CHOP).

Shared decision making (SDM) has been studied over recent decades as a method for improving provider-patient communication and partnership, with improvements seen in satisfaction, adherence and health outcomes. “Although there are more studies in adult health settings, SDM concerns continue to expand into pediatric practice,” said study co-author Alexander G. Fiks, MD, MSCE, a pediatrician at CHOP’s PolicyLab and the Center for Pediatric Clinical Effectiveness who has investigated how to implement SDM approaches for children with special needs.

The current single-center study used a qualitative approach, with in-person or telephone interviews of 20 pediatricians and 20 parents of young children with a diagnosis of ASD, ages 2 to 5 years. All participating clinicians were from the CHOP pediatric network, drawn in equal numbers from urban and suburban offices. Families came from Philadelphia and surrounding suburbs.

The researchers suggest that as primary care pediatricians encounter more children with ASD in their practice, they may benefit from the use of tools available through the American Academy of Pediatrics, such as the Autism Toolkit and clinical practice guidelines. Such tools have helped support pediatricians in managing children with attention deficit hyperactivity disorder (ADHD) in the primary care setting.

However, noted Fiks, there are significant differences between the disorders, including more medication options for managing core symptoms of ADHD than for ASD. Referring to ASD management, one pediatrician told the interviewer, “We in general are not so much an expert on it so it is harder to just prescribe things, and it turns out we really can’t do it anyway.”

Many parents sought treatment options outside the medical community, from school staff or various therapists. As has been found in the literature, many parents pursued CAM treatments. Parents reported they did not discuss these treatments with their pediatrician due to the pediatrician’s lack of knowledge or discomfort with the topic. One parent said, “Look, I left the last guy because he wouldn’t listen to me. At this point this is what my son is on [fusion_builder_container hundred_percent=”yes” overflow=”visible”][fusion_builder_row][fusion_builder_column type=”1_1″ background_position=”left top” background_color=”” border_size=”” border_color=”” border_style=”solid” spacing=”yes” background_image=”” background_repeat=”no-repeat” padding=”” margin_top=”0px” margin_bottom=”0px” class=”” id=”” animation_type=”” animation_speed=”0.3″ animation_direction=”left” hide_on_mobile=”no” center_content=”no” min_height=”none”][a special diet].”If pediatricians are uncomfortable in discussing unproven CAM therapies, such as specialized diets, supplements or vitamin shots, they miss an opportunity to discuss benefits and risks.

Given the study’s findings of knowledge barriers and a lack of engagement in treatment decisions, the authors suggest some specific measures for primary care practices: using care coordinators, ASD care plans, creating summaries of outside resources, and providing families with logs to monitor progress.

More fundamentally, the authors conclude, shared decision-making will involve greater recognition by both providers and parents that partnering in care for children with ASD falls within the scope of pediatricians’ jobs and is in the families’ best interest. “Much work remains to be done to improve this process in caring for children with ASD,” said Levy.

The Center for Autism Research at CHOP supported this study. In addition to their CHOP positions, Levy and Fiks are on the faculty of the Perelman School of Medicine at the University of Pennsylvania.